The Death Of Free Speech 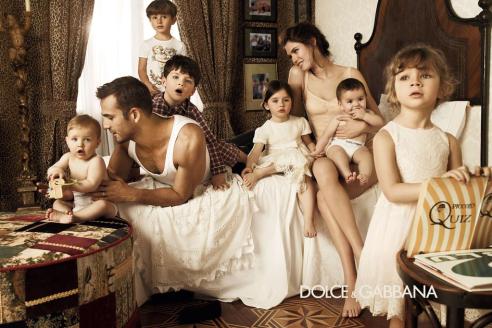 Dolce & Gabbana: “The only family is the traditional one”.
Elton John called D&G’s comment “judgmental”.
Dolce replied: “I was talking about my personal view without judging other people’s choices and decisions”.

Signor Dolce is correct, and this final quote of his exposes the very root of the problem: The new politically correct ethic holds that a person cannot express a personal opinion without it being classified as a judgement, and that if the opinion differs on a cherished point, it is regarded as a hostile, ‘hating’, bigoted, invalid, and illegal judgement.
Thus, all dialogue is now reduced to a policy of “Do not openly disagree with me, or I will run crying to mommy (or the government) to come and punish you”. This of course is the philosophy of the kindergarten playground, yet it now passes for the modern definition of democracy, and it will (and already has) in fact led to the death of democracy, free speech, intellectual dialogue, progress, and civilisation itself. And all just to keep a few kinky fornicators happy, who are just 1.5% of the population. Men, are we going to stand for this? #BoycottEltonJohn
Full story here:
http://www.worldmag.com/2015/03/dolce_and_gabbana_double_down_on_pro_family_stance

By Adam Nixon in Christianity, Sex on March 18, 2015.
← When women preach. Ken Connolly on The Valley Of Dry Bones →